I was coolin’ with some friends this Sunday Afternoon.

I had drinks with my girl, Gab, before I started cooking for a little dinner party I was hosting. I asked Gab to take a couple shots of me in my metallic skirt, because I was dying to see how it photographed.

Sometimes, I like to see my outfits before I decide what to wear, if possible – kind of like Cher Horwitz in Cluless.

Her snapshots of me revealed a mess. My hair was flat, and not only were my thighhighs–which are supposed to be black but actually look gray–ripped, but they were also a little too short. Note to self: Go one size up. I ordered the 3x, but they were just too short! I think next time I will go with Torrid instead of Just My Size – I’ve had better luck with them in the past…

So I played with the look for a while – took off the tights, put my hair up and put on a blazer. But that snow, though…

Yeah, it snowed in STL last weekend, which was an unwelcomed shocker for all of us. Well, maybe it will slow down all the Mike Brown/Ferguson action. At least we had the fire to keep up warm! 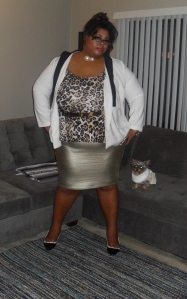 Then, we headed to the hookah bar…

I did not want to wear my legs out in the snow, so I changed my bottoms and got a little more comfy for the hookah bar. 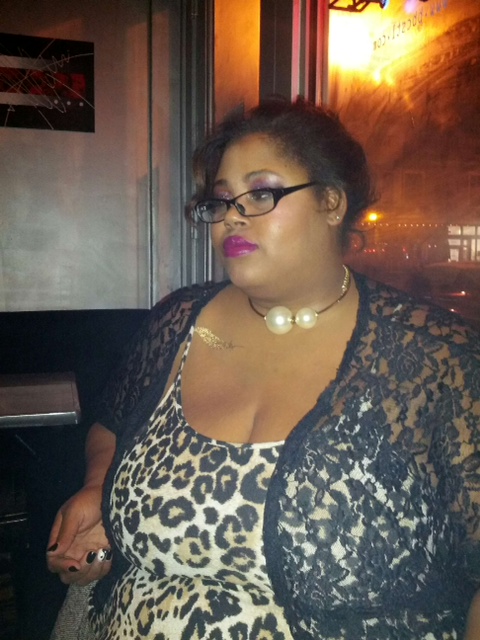 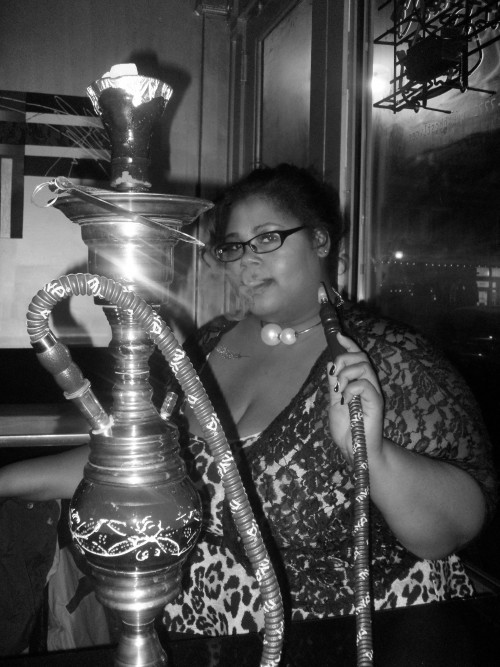 Are you following me on IG: FinesseCurves314